The United Way of Bruce Grey is releasing their numbers for the first 5 months of the new reporting year for its Utility Assistance Program.  The United Way switched to reporting on a July to June format to more accurately capture the impact of a single winter.

“The program use to slow down over the summer” admits United Way Executive Director Francesca Dobbyn, “but the last two winters: one really long, the last really cold has impacted people’s ability to catch up on their utility bills in the summer.”

Households are only permitted to access each sub-fund once per calendar year, and many households are needing support within an 8 month window, rather than the permitted 12 months.

“These are the exceptions, families without any other resource who have exhausted other supports and without the United Way stepping in, would be disconnected from their utilities” explained Dobbyn.

“While only 4 months into the new cycle, we’ve used 40% of what we used last year, when comparing year over year” Dobbyn noted. 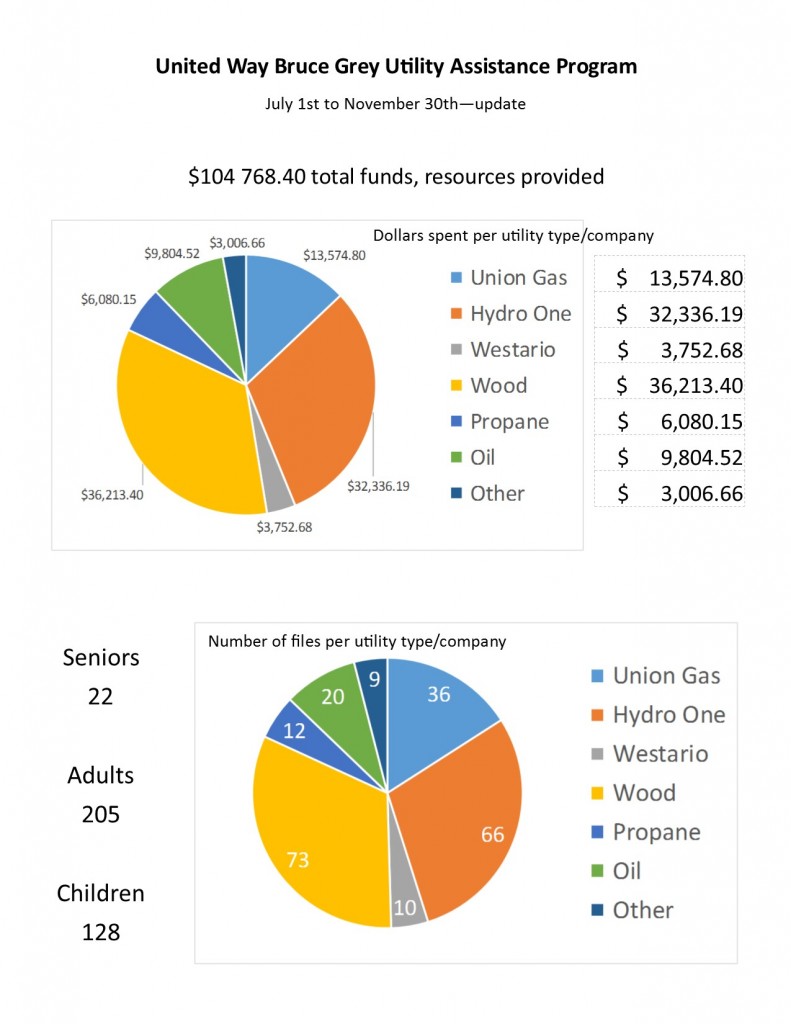