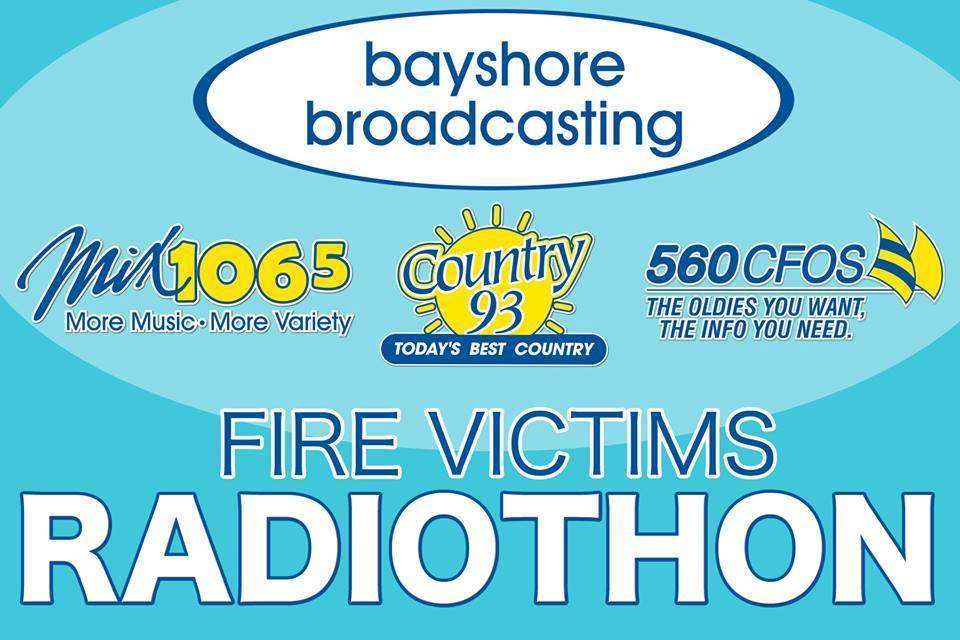 Francesca here…realizing I was writing this in first person, rather than a more professional tone report…but that’s ok…it’s kind of a personal thing this community stuff…

This was Friday…and the donations are still pouring in!

I know we haven’t updated and posted and done all the web things we needed to do, but we did keep our Facebook updated!  So a word of advice, if haven’t posted here for a while, do check our Facebook page.  We’ll try and do better with our website as we are still getting use to the new system.

But wow! What a Friday!

I’ll get more posted as I have time to process the day.

There are so many people to thank, so many!

How it all came together

At 11:26 am Tuesday August 11th, barely 24 hours after the last flame was extinguished, Jamie Johnson of Mix 106 messaged me and asked if we should/could/wanted to do a radioathon with a BBQ in the radio station parking lot on Friday.

We had 60 hours to pull this together…technically only 20 working hours…but none of us keep to a work day, who am I kidding.

First hurdle…BBQ…Owen Sound Police Services has a BBQ they lend out for community events, a quick call to the station and they were on it to find out if it was booked.  Back to us couple hours later…we could have it.

Then we needed burgers, another call up to MM Meats for their precooked Tasty Burgers.  Ensures quick cooking and more importantly safe food, no worries about raw burgers.  They had 3 150 count boxes in the store. Yes they would hold them all for us.

Jamie confirmed the radio station would sponsor the hot dogs, and I called the fire department to see if they could bring the fire trucks down…they’d get back to us.

Then the things that tell you, this is going to be big, start to happen.

A former board member who works at Bruce Telecom messaged me asking what they could do, as their social committee wanted to help. Phone lines…I really needed a couple more phone lines.  That’s what I REALLY needed.

By the end of the day Bruce Telecom was on board to help, it was just a matter of how, the technical glitches. But we’re so close to the Bell Canada building…and I know the Bell crewed would pitch-in if needed…I’ll get that full story Monday.

We put the call out for volunteers, as we were going to need lots of them for both the BBQ and the phones.

Wednesday morning was full of running here and there and everywhere. United Way staffer Susan had been off for 3 days and arrived to be assigned all things to do with the BBQ.

Donations were pouring into the office and online, with people dropping in, phone calls and the offers for volunteers made the scheduling easy.

Every phone call for buns, pop – thanks Pepsi – was met with an immediate “leave it with me and I’ll see what we can do”.  It wasn’t just ‘can you donate this‘ it was also ‘do you have this in stock?‘

And to be clear, not everything was donated, but most things were discounted if they couldn’t be donated. There is a cost to these types of events, it’s keeping that cost to a minimum that matters.

Thursday I had to be out of town, but my trusty Blackberry was with me, and my oh so patient friends understood what was going on, and they made sure I ate, and the Jays won!

I was up at 3:45 am and made it to the office, from Toronto, for 6:30, putting the first pot of coffee on for the volunteers, who rolled in shortly after me.

I headed down to the radio station for 7 am and off we went…and we raised over $2000 in the first hour.

At 3 pm we were staring at a total of $90 000 with the real potential of $100 000.  Jamie and Cory were stunned. I think this was the largest effort they’d ever pulled off.  Certainly in the time frame we were operating within.